The club celebration event is on the 18th & 19th of September. There will be racing on the Saturday with the Founders Plate being held, which will be followed by an evening event for the members.

The meal will be an Italian based meal, whichis priced at £15 for Adults and £5 for under 17’s.

Let’s make it a great weekend!

HLSC in the local News:

What a fantastic few weeks for the young sailors at Hollingworth Lake Sailing Club. On Tuesday 3rd August, bleary eyed the juniors, along with Stuart’s friends, family and club members got up early at 5:30am to watch the 49er medal race at the club. They cheered and shouted as Stuart Bithell and his helm Dylan Fletcher completed a tense race to win gold in the 49er class.

This was a fantastic start to the junior regatta week which saw 18 young sailors taking to the water every day. Volunteer instructors and club members helped the juniors to improve their racing skills. All the youngsters improved their confidence in racing over the course of the week.

On Friday 20th August Stuart was welcomed back to his home club Hollingworth Lake Sailing club where he began sailing as a child. Many members greeted Stuart congratulating him on his success and eager to get a glimpse of his gold medal.

The highlight of the evening was the Juniors vs Olympian race. The Juniors challenged Stuart to race in a ‘junior boat’ keen to show him what they had learned from their regatta week. Stuart happily accepted the challenge.

The wind was light and fading quickly as 14 eager excited youngsters took to the water watched on by a crowd of adults onshore. The race officer Betsy McGovern (3), ably assisted by her parents, made sure the race horn sounded on time.

As the race started, Stuart shot into the lead but Adam Smith, Jasper Bramwell, Lauren Marsh and Millie Hayfield were soon chasing him down. As the first beat continued it was clear that Stuart’s boat might have sprung a leak as he was seen bailing fast. His weight in the junior boat was also thought to be a ‘slight’ disadvantage! Adam rounded the windward mark first with Jasper second followed by Stuart. Lauren and Millie were hot on his heels.

As the race progressed Jasper gained a lead on Stuart rounding the second windward mark before him. However, Stuart showed Jasper his experience by tacking onto starboard and forcing him to complete a 720° penalty turn which resulted in him catching up. As they approached the downwind mark, the pressure of racing an Olympian, caused Jasper to hit the mark resulting in another penalty turn. Stuart was able to use this to his advantage and gain the lead.

Meanwhile, Millie Hayfield was slowly closing the gap between her and the two leaders. Jasper (only a third of the weight of Stuart) fought hard on the next few legs to get back in front of Stuart showing that he was much faster. Eventually, an ecstatic Jasper (13) managed to gain a significant lead over Stuart and won the race. With Stuart finishing second and Millie Hayfield (12) relishing coming in a close third. As the race finished huge cheers could be heard from the shore.

Every single junior sailor came off the water with a huge smile on their face having just raced an Olympic Gold Medallist at his own sport.

The evening continued with Stuart taking time to talk to his family and friends at the sailing club. Sharing his stories from Tokyo and showing members his medal.

Stuart showed he was a true ‘Olympic Legend’ inspiring many of the young sailors at Hollingworth Lake Sailing Club. This is one club race that will definitely be remembered! Thank you Stuart Bithell – A true sportsman in every sense. 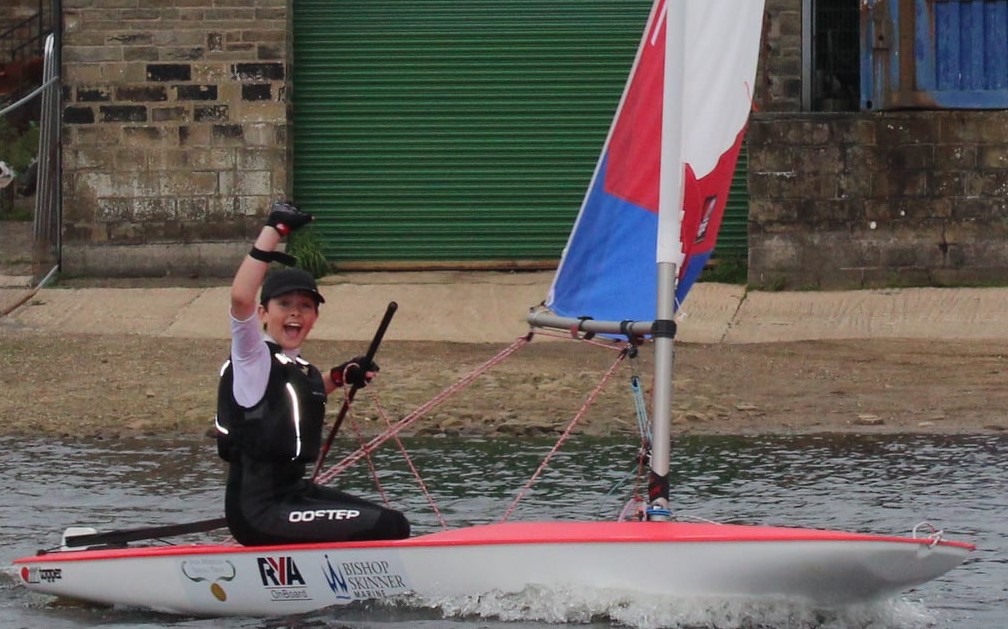 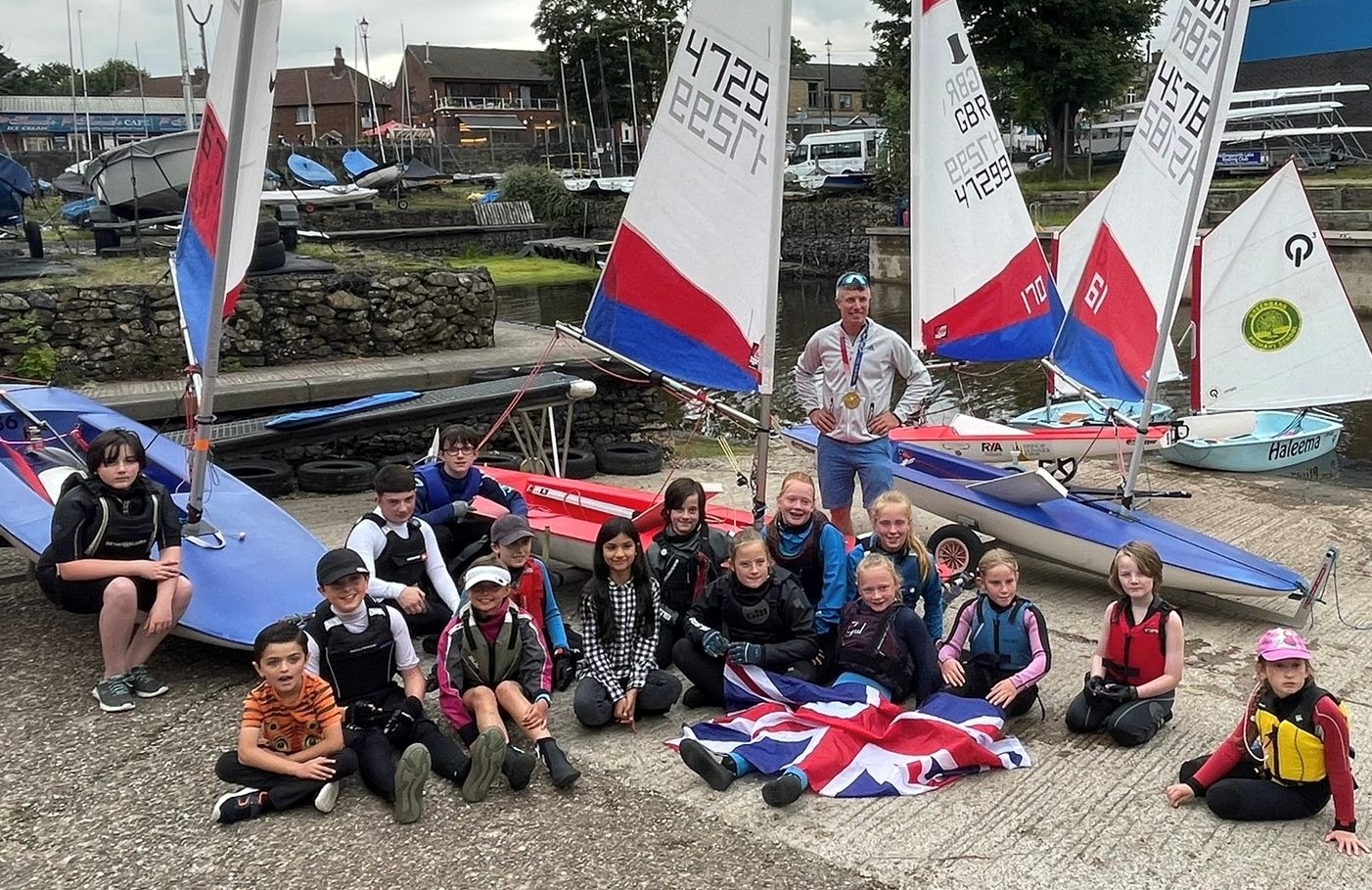 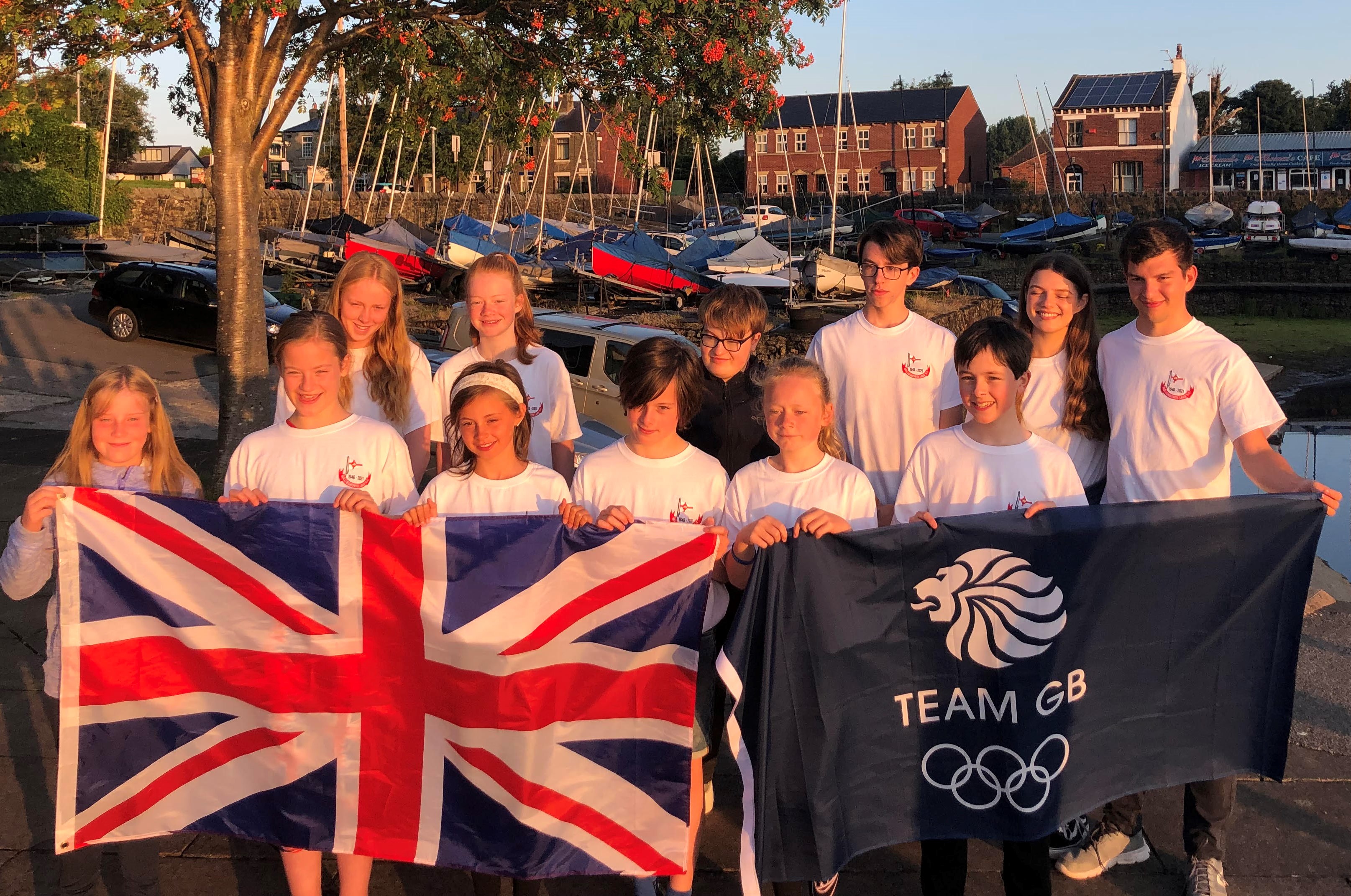 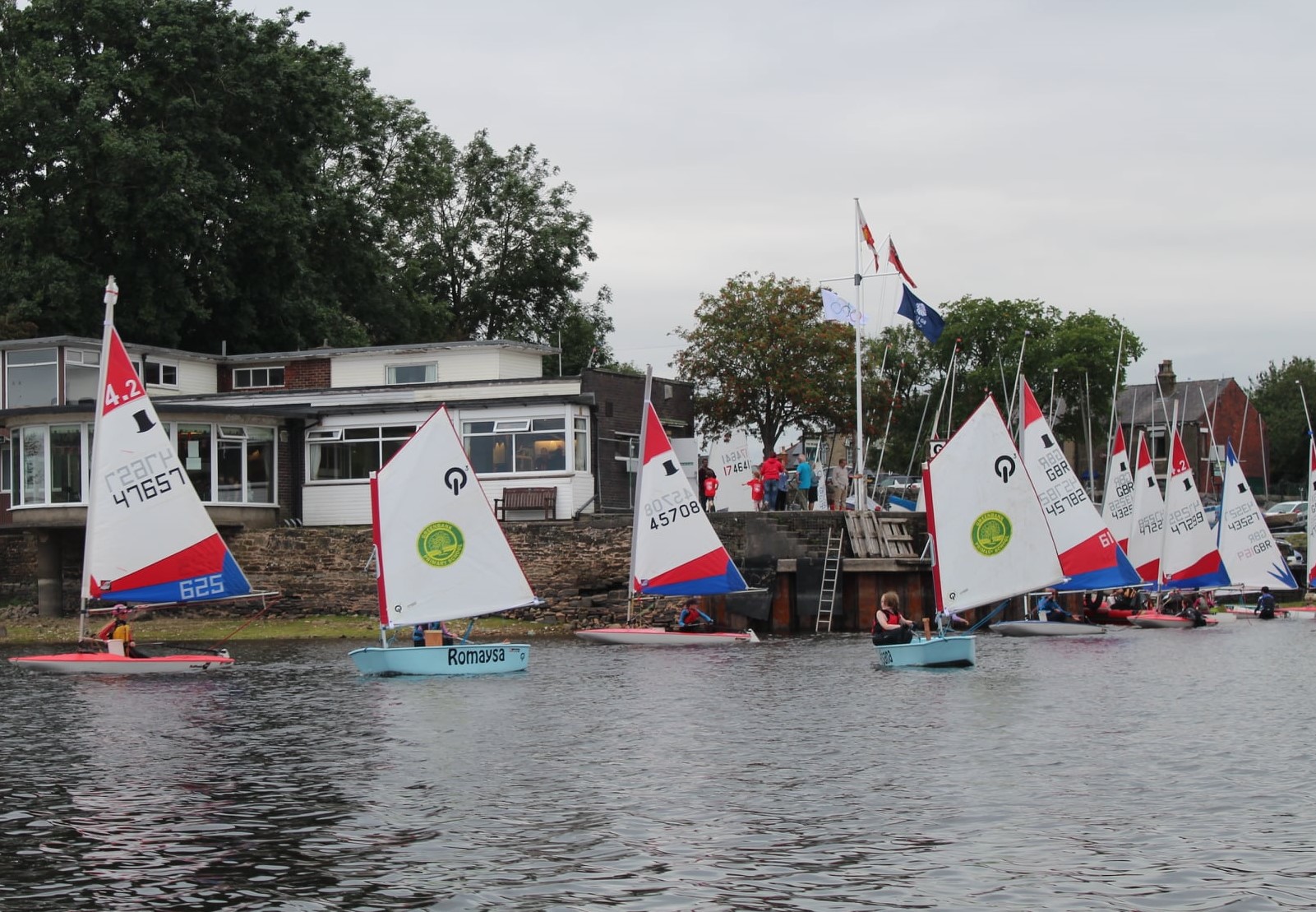 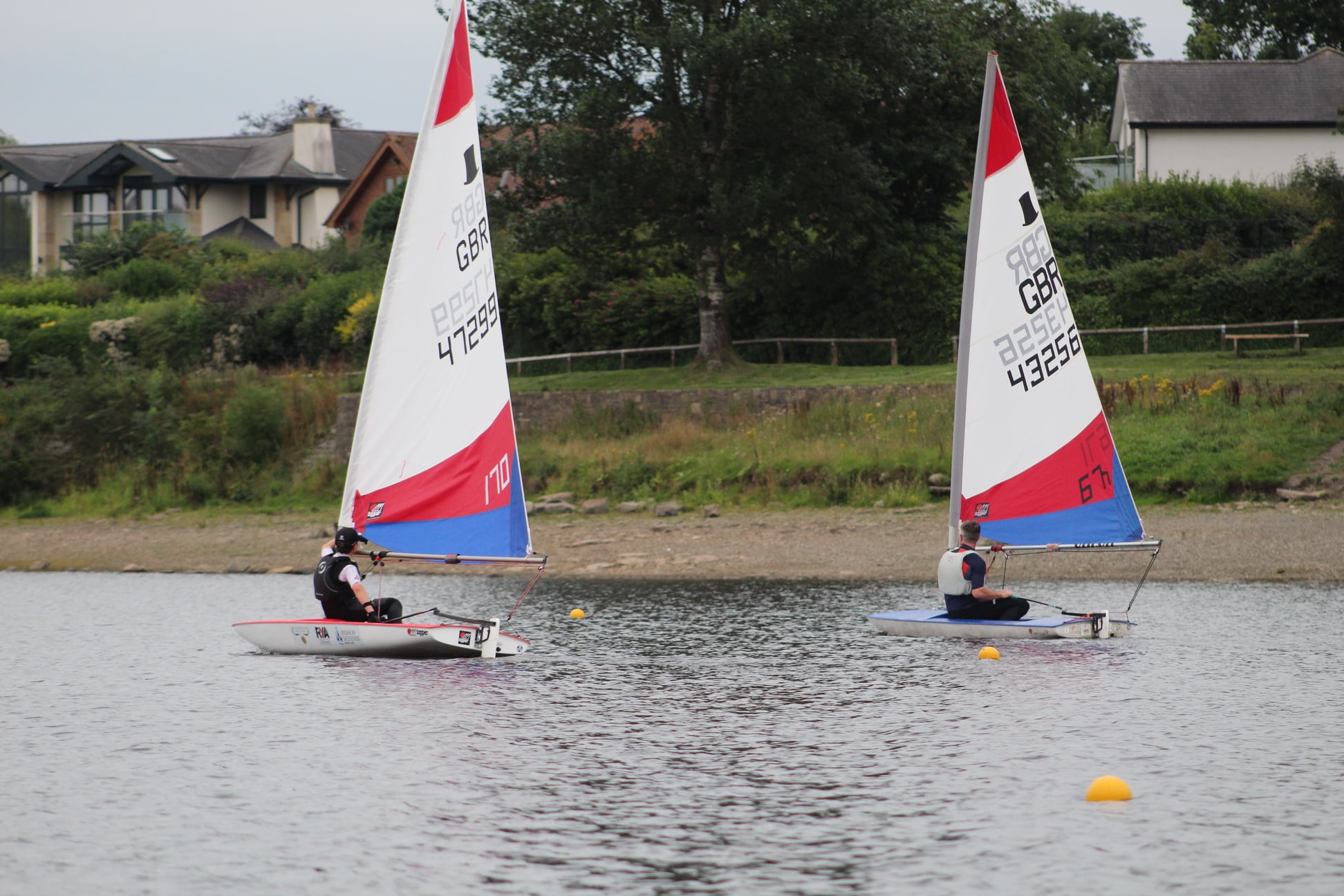 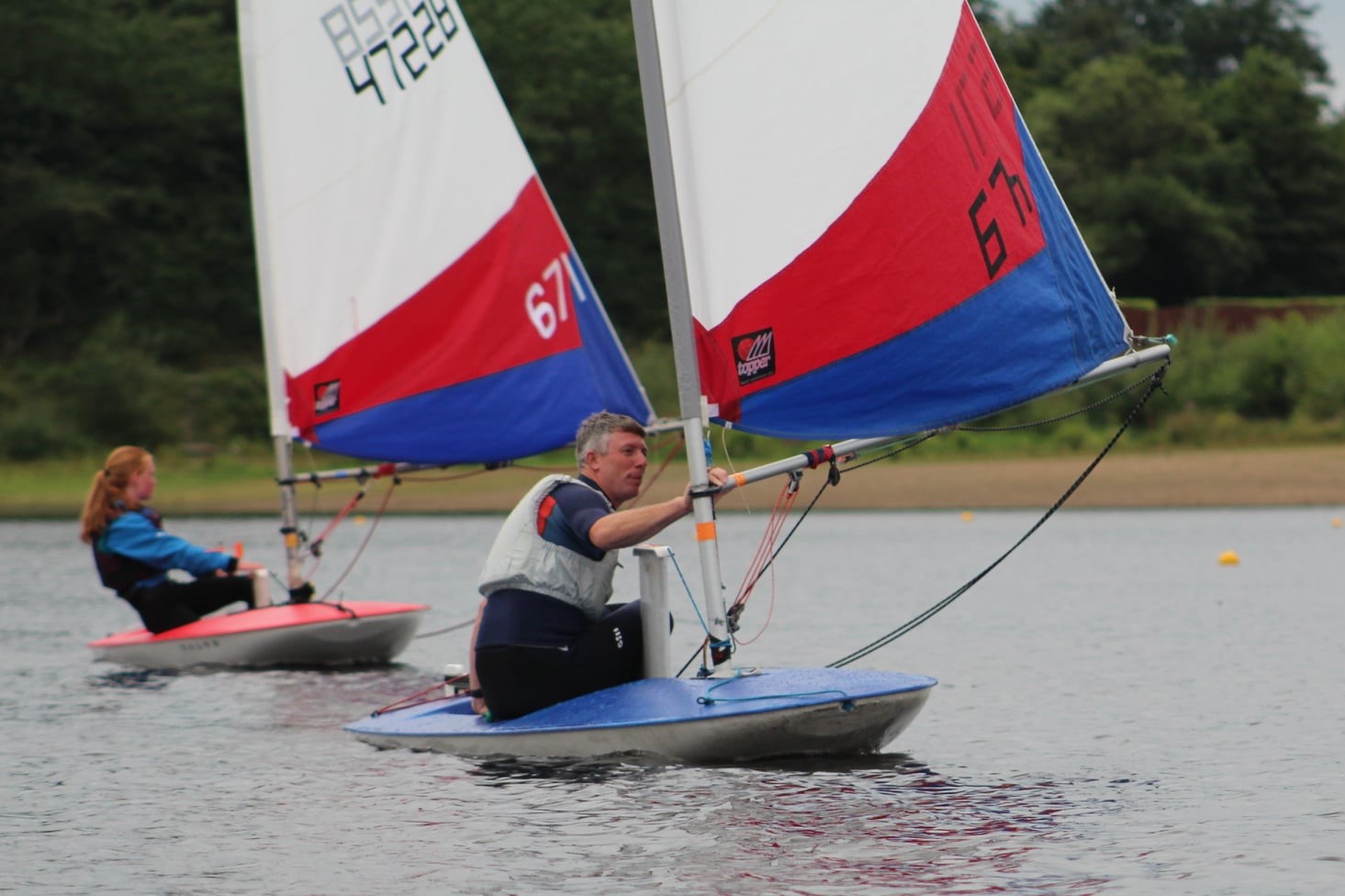 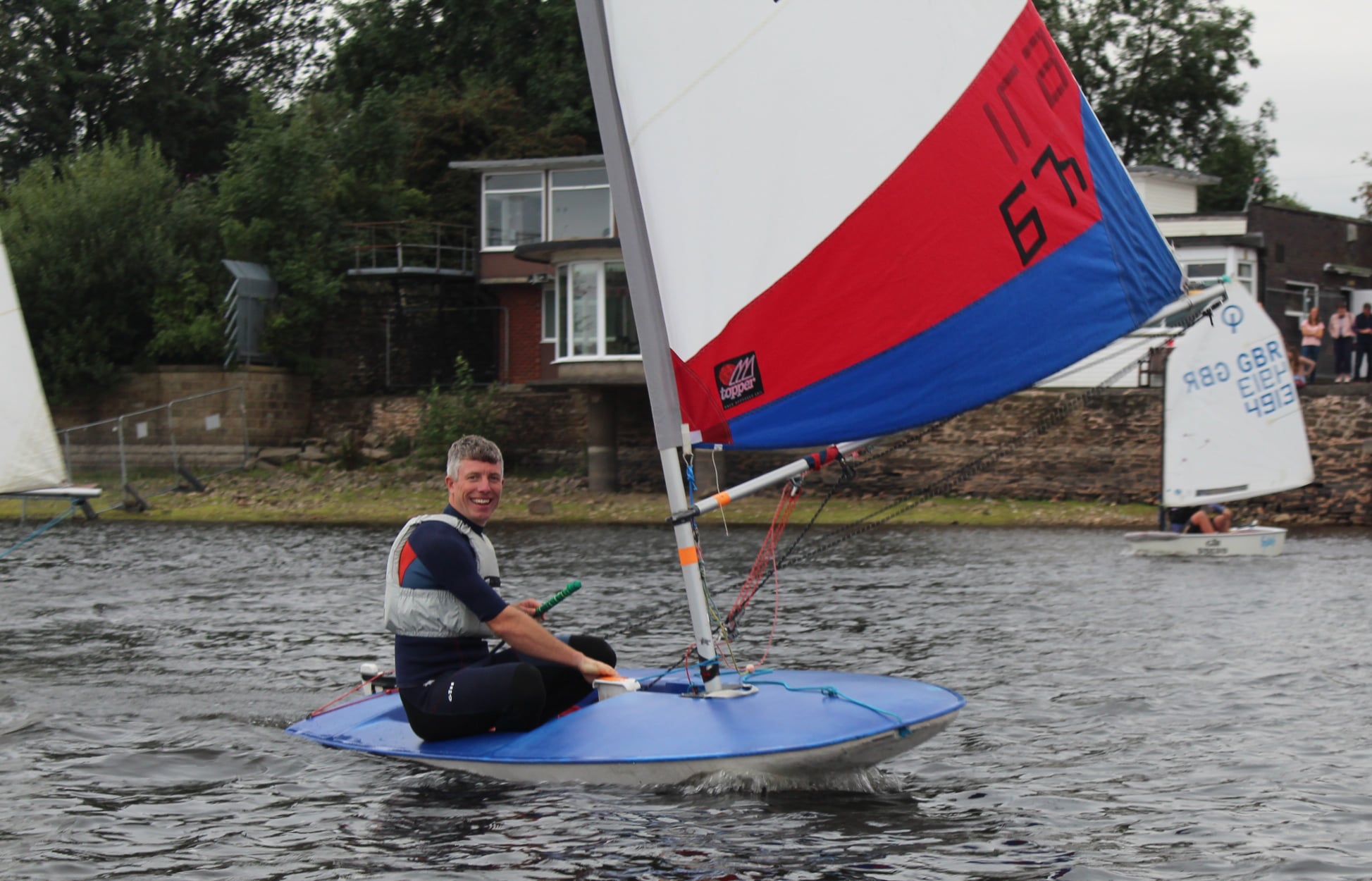 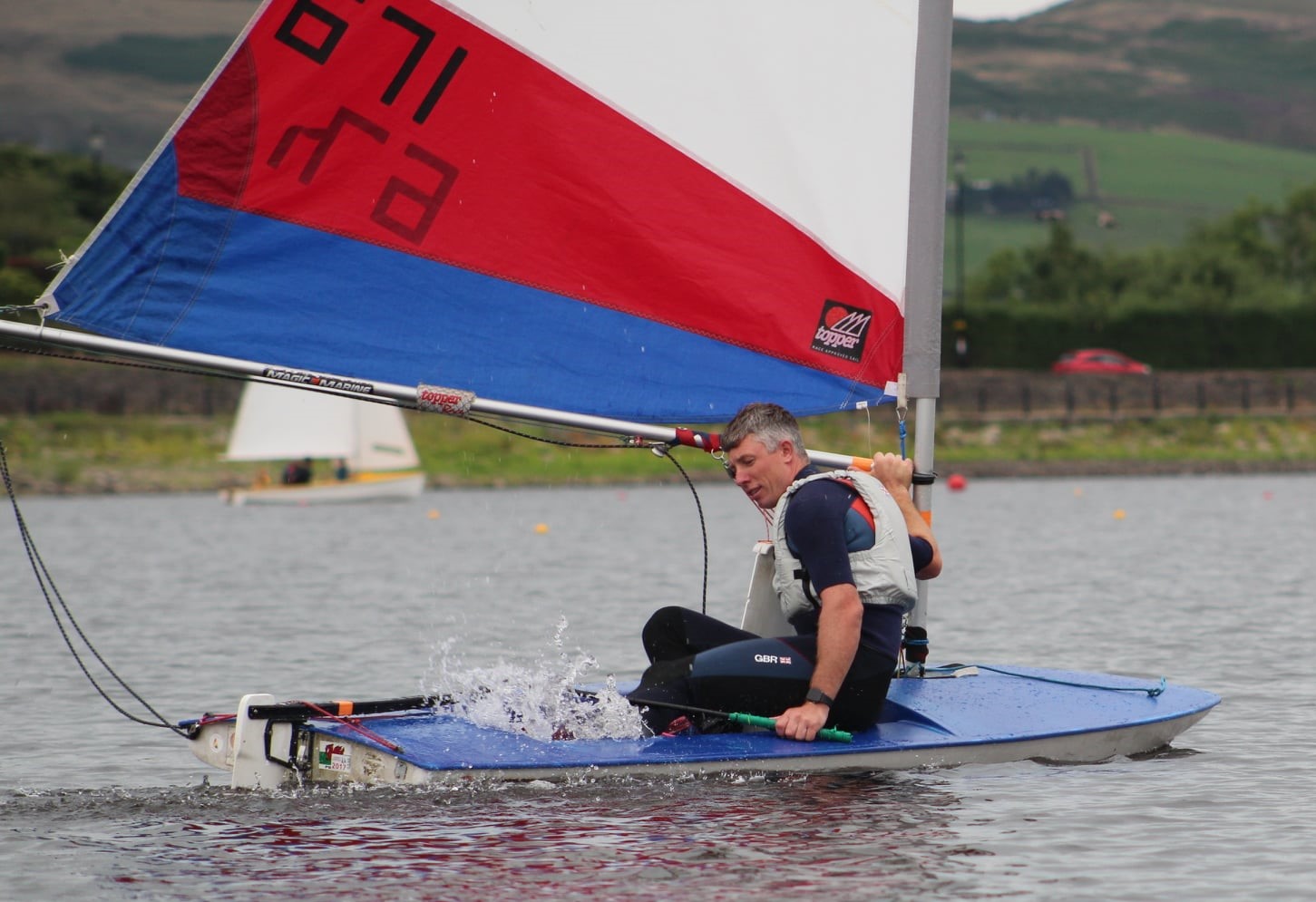